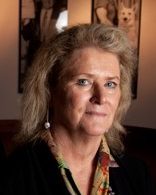 Jan Todd , Ph.D., the Roy J. McLean Fellow in Sport History is both a sport historian and a well-known expert on strength training. A Professor in the Department of Kinesiology and Health Education at The University of Texas at Austin, Jan teaches courses in sport and exercise history, sport philosophy, and sport ethics and also serves as the department’s Undergraduate Advisor. For many years she also supervised the weight training and conditioning classes taught by the department. She has written two books: Physical Culture and the Body Beautiful: Purposive Exercise in the Lives of American Women (Mercer University Press, 1998) and, with her husband, Terry Todd, Lift Your Way to Youthful Fitness (Little-Brown, 1985), the first popular book to argue that weight training could be used to offset the aging process.

Jan was also a contributor to the National Strength and Conditioning Association’s (NSCA) “Position Paper on Strength Training for Female Athletes” (1989) and received the NSCA’s Presidents Award in 1990 for her work on that publication. In addition, Todd has written more than one hundred articles in popular and scholarly journals on various aspects of strength training and exercise. She also lectures frequently. In 2008 Todd delivered the Seward Staley Address at the North American Society for Sport History; in 2000 she was the keynote speaker at the New England ACSM symposium on strength training; in 1999 she delivered the keynote address at the ACSM’s Fitness Summit in New Orleans; and in 1998 she was the D. B. Dill Historical Lecturer for the American College of Sports Medicine (ACSM) at their annual meeting in Orlando.

Todd’s interest in the academic study of strength and exercise grew from her personal involvement in the sport of powerlifting. In the 1970s and early 1980s, Todd was considered by both Sports Illustrated and the Guinness Book of Records to be the “strongest woman in the world.” In 1982 she became the first woman inducted into the International Powerlifting Hall of Fame. In 1992 Todd received the Lifetime Achievement Award of the Association of Oldetime Barbell and Strongmen. Todd set world records in five bodyweight classes during her 12-year powerlifting career; her personal bests were 545 pounds in the squat and 1230 pounds in the partial deadlift. Todd was inducted into USA Powerlifting’s Women’s Hall of Fame in 2004, the Texas Powerlifting Hall of fame in 2005, and in 2008 she was honored by the Oscar Heidenstam Foundation in England for her contributions to the field of physical culture. Todd was also recently (2009) inducted into the National Fitness Hall of Fame. Read more about Todd’s career in this Health Magazine article from 1999.