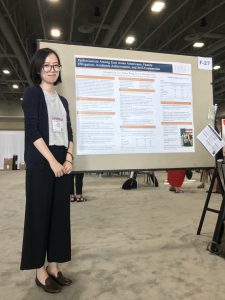 My project: Yidan Wang graduated from Shanghai International Studies University in 2014 with a B.A. in Teaching Chinese as a Foreign Language. She received her M. A. in Educational Psychology from the University of Texas at Austin in 2016. I am interested in understanding shame in cross-cultural context, focusing on a comparison between Chinese (East Asian) and American (Western) perspectives, and its relation to academic motivation for college students. Shame as a cultural-saturated emotion has received attention in its contrast with the emotion of guilt in emotion and cultural studies However, how it relates to college students’ academic motivation still needs more exploration, especially in some shameful situation (e.g., failure in passing exams, awkward class presentation, etc.) where the evaluation of their academic performance may relate to their shame feelings. Additionally, cultural factors, such as elaborate linguistic expressions of shame words in Chinese, concerns of face in East Asian culture, and self-efficacy, may play a role in the relationship between shame and motivation in cross-cultural academic settings. I plan to conduct a mixed method study on the relation between shame and academic motivation, as well as some factors mentioned above as moderators, with Chinese and American college students.